There are good public transportation options in all the major tourist places especially the areas around Tbilisi.

However, Georgia has lots of tourist places located in the far reaches.

The public transportation system may not suitable for tourists to all these places. This is mainly because tourists often have limited time to visit all the major sites. The major public transportation methods in Georgia are buses, metro, and cable cars. They are operated and managed by the Tbilisi Transport Company that is available online as well.

Transportation in Georgian Towns and Cities:

The town transportation is carried out by buses, minibuses, and taxis. The capital city of Tbilisi also has a subway.

This subway or metro system has 3 lines and 22 stations that connect almost every part of the city. It is one of the fastest and most comfortable public transportation methods in Georgia. Subway tickets are affordable. So, if you are planning to visit Georgia on a limited budget, then exploring Tbilisi and the nearby areas via the metro is a good decision.

The most convenient and easily approachable means of transport is, of course, taxi. Taxis are available from the public transport stations and can be boarded at any time. They can be stopped at the tourist destinations as well and can be booked via the phones. 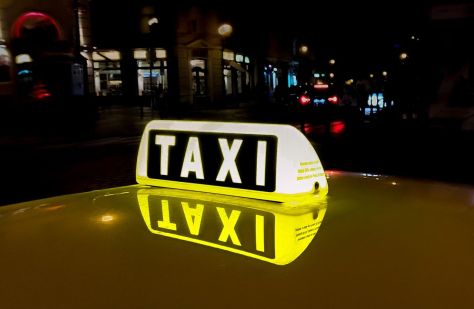 Rail transportation is another popular public transportation system in Georgia. The main line of the Trans-Caucasian railway is connected by two railway branches- one from Baku and the other from Yerevan (Armenia) on the Georgian territory. The points on the Georgian territory serve as the endpoints. The biggest railway station in Georgia is in Tbilisi.

The main railway line of Georgia stretches through the national territory along the coastline of the Black Sea in the direction of Russia. As of now, this line is blocked due to disputes in Abkhazia and is open for domestic purposes such as cargo transportation within the country only.

Tbilisi has the biggest railway station that is located in the center of the city, Tamar Mephe Avenue. It is located next to the main market.  A minibus and trolley bus station is also found right in front of the railway station. Hence all the major public transportation methods in Georgia are accessible to the tourists easily. You can board the public transport to every spot in the city from here.

The motor transport is one of the most popular and the most used public transportation methods in Georgia.

The Highways of Georgia connect to Russia in the north via the tunnel of Caucasus Range. Both these countries are connected via the Georgian Military Highways running through Turkey, Armenia, Azerbaijan, and Dariali Gorge.

The tourists can easily board the regular bus services from Tbilisi to all the important centers of Georgia as well as to the countries of Greece, Turkey, Azerbaijan, and Armenia.

There are four main central bus stations in Tbilisi. The tickets are highly affordable and the cost depends on the length of the route. Buses go in all directions from these four stations and link all the parts of Georgia to Tbilisi.

The tourists can enter the Georgian borders via the following checkpoints it shares with various countries:

Sarpi on the Georgia – Turkey border

Sadakhlo on the Georgia – Armenia border

Lars on the Georgia – Russia border

Lagodekhi on the Georgia – Azerbaijan border

The metro signs are now available in both Georgian and Latin languages.

The announcements inside the metro trains are made in English as well as Georgian.

The best travel is mediated by smart cards as well as cash. It is always better to use the smart card for bus travel under the TTC or the Tbilisi Transport Corporation.

One swipe of the Smart Card allows you to travel for 90 minutes. This is not valid for the minibuses.

However, if you want to travel by private conveyance, then taxis are one of the best public transportation methods in Georgia.

They can be found anywhere and are very affordable. Tourists can easily find taxis waiting outside all the major public areas such as the bus station, railway station, airport, and large hotel. They can also board the taxis from the market area of Tbilisi.

Buying a Georgia tour package from Dubai will be helpful to take care of your conveyance to all the major destinations thereby making your transportation hassle-free and economical.

The quality and connectivity features of public transportation methods in Georgia are reliable. You can visit almost all the places via the transportation of your choice. However, it is advised to book your conveyance for traveling to the far reaches of Georgia. This allows you to admire all the tourist destinations in between and make the most of your trip.