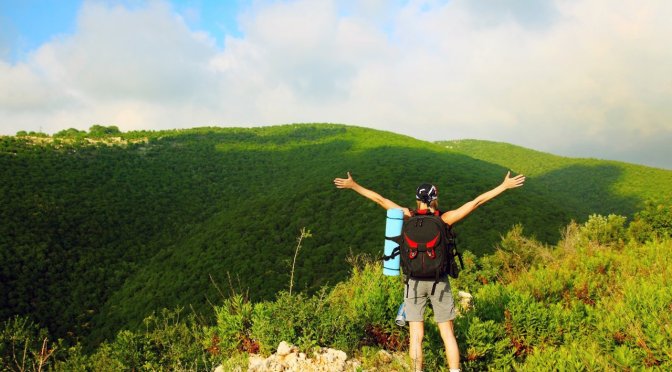 The earth is a wondrous place full of beauty. Many of us want to enjoy the unbelievable sights and experience all that the world has to offer.

But climate change is taking a toll on the environment and affecting the world’s natural wonders. Many countries have joined the fight against climate change in order to preserve their beaches, mountains, rivers, trees, and overall breathtaking landscapes. Here are five countries you should visit and support in their efforts to save the planet.

Costa Rica is working hard to be sustainable and not harm its lush rainforests and beautiful beaches. Famous for its surfing culture, it’s no wonder this country wants to keep the waters clear and the beaches clean. Costa Rica was named one of the top surf countries fighting against climate change and runs on close to 98% renewable energy, more than almost any other country in the world.

India is already home to the Taj Mahal, one of the New Seven Wonders of the World, and some of the best food you’ll ever have the pleasure of eating. Now, there’s even more reason to visit. The country is heavily investing in renewable energy and slowly moving away from fossil fuels. India’s NDC (Nationally Determined Contribution) goal was originally to reach 40% non-fossil-based power by 2030, but due to those renewable energy investments, they’ll likely reach that goal ten years earlier.

Quant coastal towns, breathtaking fjords, and views of the surreal Aurora Borealis (otherwise known as the Northern Lights) are what set Norway apart from the rest of Europe. About 30% of all new cars sold in Norway are electric, many of which are rated with zero emissions. And the electricity those cars require to charge comes primarily from hydroelectric power plants— an abundant renewable resource in the country. The Norwegian government is working hard to protect the planet, so it continues promoting electric vehicle use. It even offers incentives for those who choose to drive zero-emission cars, such as discounted parking and toll rates, as well as tax exemptions— all in an effort to preserve its beautiful landscapes.

Latvia is covered by forests that look like they’re straight from a storybook, and picturesque towns and farmlands. To save the trees that cover more than 50% of their land, Latvians are taking action against the changing climate that could devastate their dense, green forests. They actively battle against deforestation, which is why their forests are steadily growing. That means those fairytale woodland views could be around for a while and we can enjoy them for years to come.

Sailing in the pristine, blue waters of the Adriatic Sea and exploring the rich Romanesque, Baroque, and Renaissance architecture of Croatia’s coast are a couple of things you can’t do almost anywhere else in the world. But climate change could damage those coastlines and make those seas a little less blue. To defend their scenery, the Croatian people have reduced greenhouse gas emissions and opted for renewable energy sources. The country pushed to reach 35% renewable energy in 2019 and aims to increase that number to 50% by 2030.

If we want to preserve the planet and have a beautiful world in which to travel and explore, it’s our responsibility to take care of it. Supporting eco-friendly countries and joining them in the fight against climate change is just the start of maintaining a habitable, green planet that everyone can enjoy.